Difference between embryo and seed?

A seed is a little embryonic plant encased in a covering called the seed coat, for the most part with some stored food. It is the result of aged ovule of gymnosperm and angiosperm plants which happens after preparation and some development inside the mother plant. 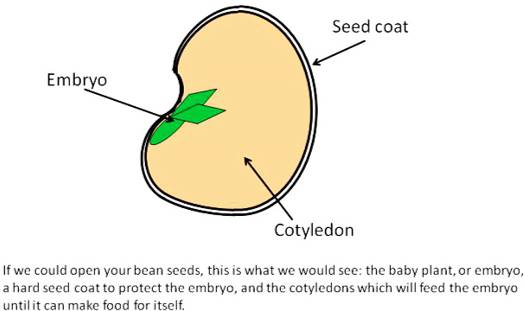 An embryo is a multi-cellular diploid eukaryote in it’s soonest phase of improvement, from the season of first cell division until birth incubating or germination. In humans, it’s called a developing life until around 2 months after treatment (10 days after last menstrual period) and from that point, it is rather called an embryo.

An elaborative class on bryophytes and pteridophytes54 mins

Find the coordinates of the focus and the vertex, the equations of the directrix and the axis, and length of the latus rectum of the parabola :

Highlight any two-serious adverse environmental consequences of development in India. India’s environmental problems pose a dichotomy — they are poverty induced and, at the same time, due to affluence in living standards—is this true?

If in two circles, arcs of the same length subtend angles 60° and 75° at the centre, find the ratio of their radii.