Culture played an important role in creating the feelings of nationalism in Europe:

1. Romanticism was a cultural movement that believed in emotions, intuitions and mystical feelings over reason and science. They tried to evoke the feelings of a common past and shared heritage.

2. Romantics like Johann Gottfried Herder believed that German culture was alive among the common people- das volk. The idea of nation was popularised through the folk culture of songs, poetry, and dance.

3. Local culture was sought also to reach the large population of illiterate people. In Poland, Karol Kurpinski turned the folk dances and music into nationalist symbols.

4. The language was also essential as a nationalist identity. When Polish was forcefully removed from schools and Russian was imposed everywhere after Russian occupation, the people saw the use of Polish language as a sign of national resistance.

The ‘Go Eat Movement’ of the early twentieth century:

1. In 1907-08, about 300 Vietnamese students went to Japan for modern studies. They wanted foreign help as well as arms.

2. Most of these nationalists aspired to oust French from Vietnam, remove the puppet emperor and bring back the Nguyen dynasty. They expected Japanese support as fellow Asians.

3. Japan was looked up to because it resisted western colonisation by modernizing itself and even defeated Russia through its military power.

4. Vietnamese students opened a branch of the Restoration Society in Tokyo but Japanese Ministry of Interior closed it in 1908.

5. Most of the students including Phan Boi Chau had to seek exile in China and Thailand because they were deported.

Explanation: Vietnamese wanted to remove the colonial power and they looked for inspiration from Japan too. This was the go east movement that tried to get help from Japan’s powers.

All about Coulomb's Law64 mins

Champ Quiz | All About Acids and Bases31 mins

All About Mass-Energy Equivalence56 mins

Explain any three features of the “go east movement” in Vietnam.

How were Vietnamese nationalists inspired by Japan and China to set up a democratic republic? Explain with examples.

Explain the views of Phan Chu Trinh as a nationalist. 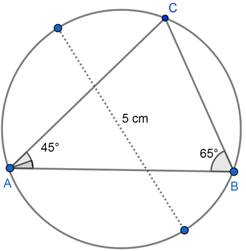