i. Prochordates are considered as the development of vertebrata.

As they do not have brain, hence they are referred as Acrania.

iii. The three sub-phylums are classified on the basis of notochord.

i. These are marine organisms.

ii. They do not have backbones.

iii. The body is soft, bilateral symmetrical and unsegmented.

iv. The notochord is persistent as the stomochord in the anterior region of the animal. 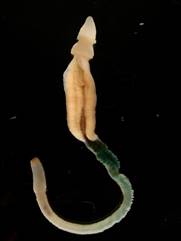 i. These are small fish.

ii. These are marine organisms with unpaired dorsal fin.

iii. The persistent notochord extends forward beyond the brain.

i. The adults are mostly degenerate, and are sessile forms.

ii. The body is enveloped by a tunic or test.

iii. In Urochordata the notochord is confined to the tail region of the larva. 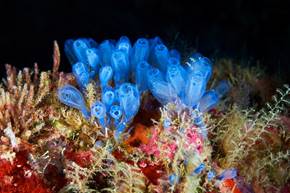 Which is not a fe

On the basis of P

What are the sub-

Look at the map o