It gives rise to two major molecular shapes viz. fibrous and globular. The main forces which stabilise the 2° and 3° structures of proteins are hydrogen bonds, disulphide linkages, van der Waals and electrostatic forces of attraction. 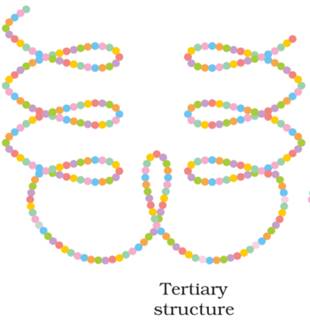 For example, sucrose on hydrolysis gives one molecule each of glucose and fructose whereas maltose gives two molecules of glucose only.