Darwin based on his observations made during sea voyage round the world concluded that existing life forms share similarities not only among but also with life forms that existed years back. There had been a gradual evolution of life forms. Accordi �ng to Darwin, the fittest ones in an environment leave more progeny than others and hence survive more and get selected by nature. He called it natural selection and implied it as a mechanism of evolution.

Hugo deVries based on his work on evening primrose brought the idea of mutations- large difference arising in a population as the cause of evolution and not the minor variations (heritable) that Darwin talked about. 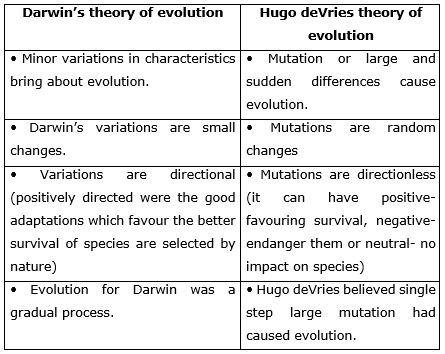 Who among the Dry

What is founder e

In a certain popu