Jayprakash Narayan, Dr. Ram Manohar Lohiya, Aruna Asaf Ali were some of the prominent leaders of the Underground Movement.

Jayaprakash Narayan was an activist, theorist, and politician. He was fondly called as Lok Nayak. He belonged to the Indian National Congress party. He took an active part in Quit India movement and Sarvodaya movement during the freedom struggle. He was known for his concept of total revolution and Bihar Movement. The government of India conferred Bharat Ratna posthumously.

Ram Manohar Lohiya was one of the founders of the Congress Socialist Party. He was a contemporary of JP Narayan. During the Underground Movement, he joined the Azad Radio started by Usha Mehta and Associates. He has written many books like Wheel of History, Guilty Men of India’s Partition etc. 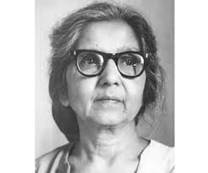 Aruna Asaf Ali was a teacher, independence activist, journalist and a politician. When the important leaders were arrested during the Quit India Movement, she boldly presided over the session of Congress Working Committee and hoisted the flag at Gowalia Tank Maidan in Mumbai. This was a significant achievement of the Quit India Movement. She was fondly called as Grand Old Lady of Independence Movement in her later years.

From the above st

Kerala Board Mathematics Part I 2099 views