3. Advent of the Europeans 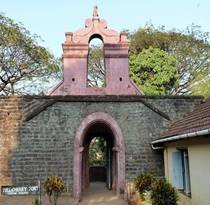 Vattakottai Fort means ‘Circular fort’ is located near kanyakumari, Tamil Nadu. It was built of Granite blocks, and a part of it extends into the sea. It was built in the 18th century as a defense fortification. In the 18th century, It was constructed under the supervision of Captain Eustachius De Lannoy, an ex-Dutch naval officer of the Dutch East India Company, who became commander of the Travancore Army. The fort is now under the archaeological department. It is popular tourist spot now. 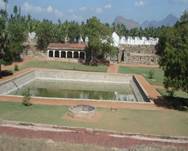 Tellicherry Fort is located in a town in Kannur District of Kerala. It is also known as Thalassery Fort. It is considered to be one of the important trading centers. The French came to Tellicherry to trade and eventually they got the hold of Mahe, Puducherry. The British opened a factory in the north of Tellicherry at the end of the 17th century. It was built out of laterite blocks. The most fascinating structure is the massive walls and the secret tunnels leading to the sea, and the beautifully carved huge doors. The lighthouse makes this site one of stronghold of the European powers in India. Fort is now under the control of Archaeological Survey of India since 1921. 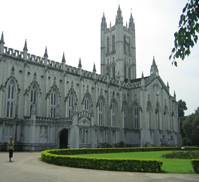 Fort William is located in Calcutta presently known as Kolkata. It was built by the British India when they ruled in Bengal presidency. The fort was named after King William III. It was built of brick and mortar. In front of the Fort is the Maidan, the largest park in the city. An internal guard room became the Black Hole of Calcutta. Today Fort William is the property of the Indian army.

From the word puz