Let the equivalent resistance between A and B be req Ω .

This means that we can rewrite the circuit as: 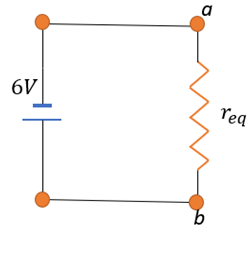 Where req has replaced the following infinite combination:

We can redraw the infinite circuit as 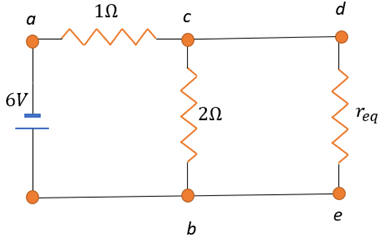 Note that de and cb are in parallel. The equivalent resistance is given by: 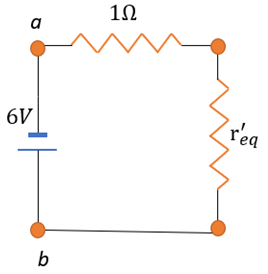 Now, the 1 Ω resistor and r’eq are in series.

Rearranging and dropping the subscript, we get a quadratic equation:

The roots of this equation are 2 and -1. As resistance can’t the negative the equivalent resistance between A and B is 2 Ω.

Let the net current be 2I. This current passes through the 1 Ω resistor. Than splits up equally due to symmetry as there are two 2Ω resistors.

Hence, the current passing through the nearest 2 Ω resistor is 1.5A.

If a relation R o