(a) With the help

(a) In the case of monochromatic light the ray will bend due to refraction but it will not show dispersion of light. 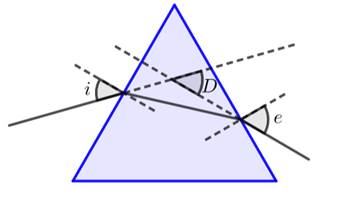 (b) When a white beam of light is allowed to pass through the prism, it will get dispersed into its 7 color component of spectrum of light. The splitting of light into its component colours is called dispersion.

The following diagram show the phenomena: - 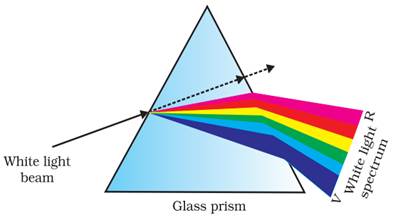 (a) (i) A person suffering from both myopia and hypermetropia at the same time requires a spectacle consisting of both concave and convex lens of prescribed focal length.

(ii) It is prepared by setting half the lens of the spectacle to be concave and the remainder half to be a convex type lens.

(b) The power of the lens is defined as the reciprocal of the focal length. It is a measure of the ability of the lens to focus.

Mathematically, it can be described as,