a) Why is Total V 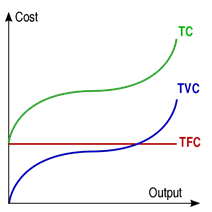 Total Cost is the summation of Total Variable Cost and Total Fixed Cost. In the short run, the TFC is constant and parallel to the X-axis. The TFC is constant because the fixed cost does not change when there is an increase in output. The Total Variable Cost (TVC) is the cost incurred per unit of variable input employed. The TVC curve is an inverted S upward sloping curve. The main reason for the shape of the TVC curve is the operation of the law of variable proportion. As the total output increases, the TVC initially increases at a decreasing when the production is experiencing increasing returns. Consequently, as the production rises, the excessive use of the variable factor raises the cost in the stage of diminishing returns. This gives the TVC curve an inverted S-shape. 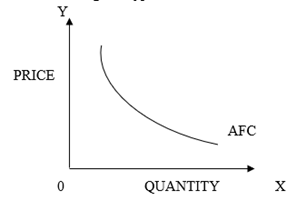 When does the shi

What happens to t

What is the relat