(a) When a bar magnet is pushed towards (or away) from the coil connected to a galvanometer, the pointer in the galvanometer deflects because of the phenomenon of electromagnetic induction.

(i) Speed of the magnet

(ii) Polarity of the magnet

Laws describing this phenomenon are

(i) Faraday’s law of electromagnetic induction: The magnitude of the induced emf in a circuit is equal to the time rate of change of magnetic flux through the circuit.

(ii) Lenz’s law: The polarity of induced emf is such that it tends to produce a current which opposes the change in magnetic flux that produced it.

(b) The flux enclosed by the rod is

Magnitude of the induced emf is

The force required to keep the conductor in motion is

Variation of flux, emf and force is 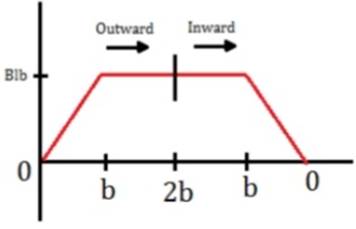 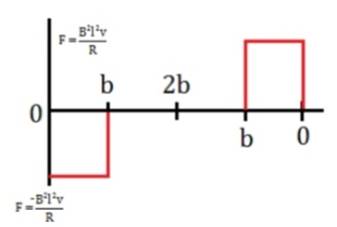 The phasor diagram for the series LCR circuit is

The phasor relation for the voltages is

Because VC and VL are always along the same line and in opposite directions, they can be combined into a single phasor (VC+ VL) which has a magnitude

Because V is represented as the hypotenuse of a right triangle whose sides are VR and (VC +VL), the Pythagoras theorem gives

The instantaneous power is

is time dependent. Its average is zero.

that is maximum power is dissipated at resonance.

1MW power is to b

For an LCR circui