a) Study the flow

b) Three ways to measuring population density of a habitat

ii) The number of fishes caught per trap

• Pyramid of energy can never be inverted, is always upright because some energy is always lost as heat at each step when energy flows from a particular trophic level to the next trophic level.

• Energy at a lower trophic level is always more than at a higher level. 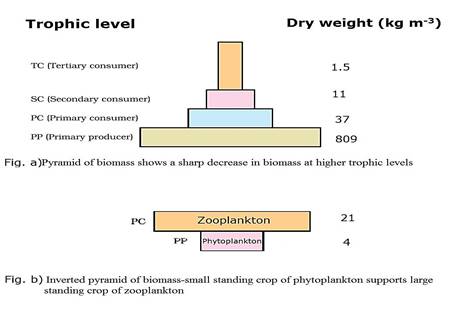