, the maximum height of the bob is equivalent to the initial height. 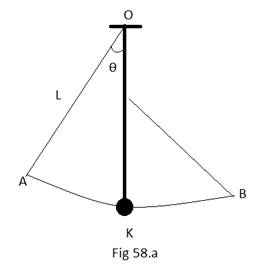 The kinetic energy at both places is equal to zero.

, the maximum height of the bob is equivalent to the initial height. 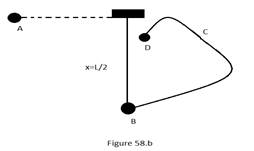 When the particle is released at an angle of

and x=L/2, hence, the path of the bob travelling will slack at point C making a projectile motion.

Hence, the distance after slack at point D is

c) The velocity of the bob at point D as shown in the figure 58.b is

The conservation of the force in the bob is given as

A block of mass 1