A satellite is in

We know for an ellipse 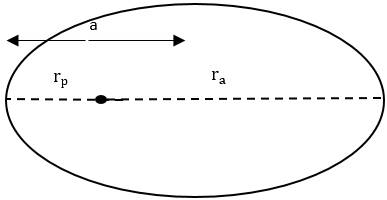 Where e is the eccentricity of the ellipse, and the semi major axis.

Now, the angular momentum of the satellite is conserved we then, we have

Now from conservation of energy at the apogee and perigee

Where M is the mass of earth. Using the relation between vp and va above we have

Putting the values of rp and ra we have

A satellite is in

A satellite is to

As you have learn

What is the angle