4. Motion In a Plane 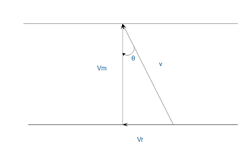 The river flows East and the man swims north

So, resultant speed of the man,

Resultant direction of the man, 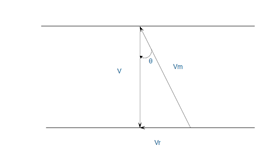 If the man wants to reach the opposite point on the bank, then the horizontal component of his resultant velocity must be zero.

Now, direction in which the man should swim can be found by,

(c) Time taken by man to swim can be found by,

So, the man will reach the opposite bank in shorter time in case a.

A boy throws a ba

A girl riding a b