are unit vectors along X axis and Y axis respectively

i.e. they are vectors with magnitude unity and are representing X direction, and Y direction, each vector in x-y plane can be resolved into two components one along with x-direction and other along the y-direction, the vector quantity is the linear combination of both the components

the initial velocity of the particle is

is zero so magnitude in x direction is zero

the acceleration of the particle is 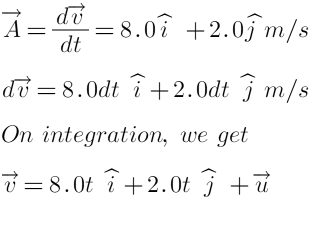 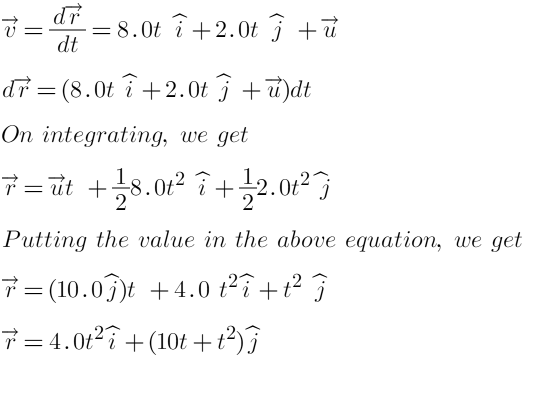 From the above equation.

comparing the x-component with Sx, we get

(b) Speed is the magnitude of the velocity of the particle so we will first find the component of velocity in x and y-direction using the equation of motion.
Now using the final velocity equation, we get

The speed of the particle

An aircraft is fl