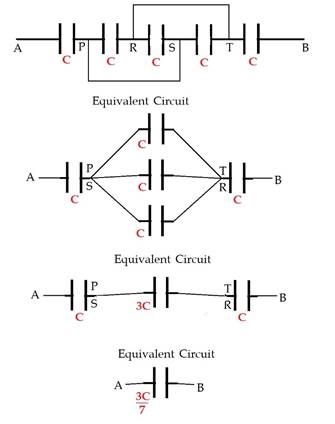 A) The capacitors between nodes P, R, S are in parallel combination as the nodes P, S and R, T are short circuited respectively, so,


The Equivalent resistance between P and T is C + C + C = 3C (Parallel combination of capacitors), now three capacitors C, 3C, and C are in series, So, net equivalent capacitance is, 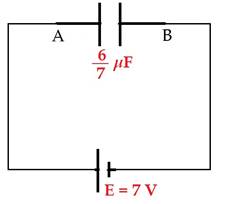 B) The charge drawn from the battery is, q = CeqV

The energy stored in the network of capacitors is,


The net equivalent capacitance of the network is 6/7 μF


The net charge drawn from the source is 6 μC

What is the area

A small sphere of