(a) Explain the r

•Stigma works as a pollen receptor , they are covered with waxy and sticky substance

•It provides the rehydration to pollen

•They trap the pollen to increase their efficiency 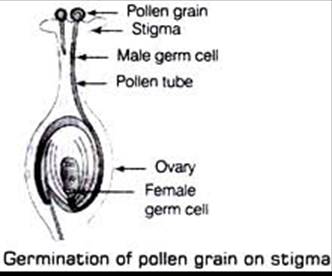 b) After the pollen-pistil interaction

•Ovules forms the seeds and ovary forms the fruit 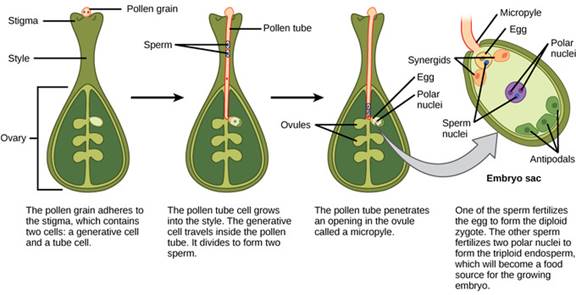 a) Placentais an organ that works as a bridge between mother and the developing fetus. In this, umbilical cord is connected to the uterine wall that allows nutrient uptake, waste elimination and gases exchange

1. Placenta begins to develop upon implantation of the blastocyst into the maternal endometrium

2. Outer layer of blastocyst becomes the trophoblast (which forms the outer layer of the placenta and is divided into two further parts)

3. The placenta grows throughout the pregnancy b) Role of placenta during pregnancy-

•Nutrient supply to the fetus

•Gaseous exchange between fetus and mother

•Waste elimination from the fetus

•Antibodies can be passed from mother to the fetus

Role of placenta as endocrine gland-

It releases and maintains the hormones such as

•Estrogen – stimulate the growth of myometrium

•Placental lactogen – it is related to Prolactin and growth hormone