a) The plot of binding energy per nucleon (BE/A) versus the mass number A is given below: 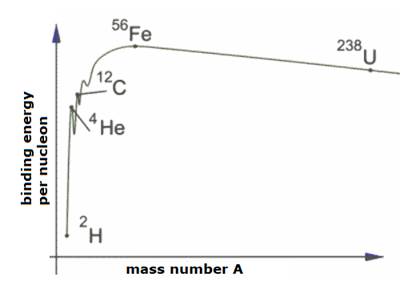 From the plot we note that

i) During nuclear fission

A heavy nucleus in the larger mass region ( A>200) breaks into two middle level nuclei, resulting in an increase in B.E/ nucleon. This results in a release of energy.

Light nuclei in the lower mass region (A<20 ) fuse to form a nucleus having higher B.E / nucleon. Hence Energy gets released.

b) Let the initial activity be Ao.

Let the time taken for the activity to reduce = t.

We know the law of radioactivity decay is given as

Therefore, substituting the values of At Ao and λ in equation (i),

Taking natural logarithm on both sides of above equation

The activity R of

(a) Write the rel

Which sample, A o