(a) Steps involved in the development of female gametophyte from a megaspore mother cell in an angiosperm are:

i. The megaspore mother cell undergoes meiosis to form a linear tetrad of haploid megaspores out of which only one is functional while threedegenerate. This is called megasporogenesis.

iii. One nucleus from each side moves towards the middle of the embryo sac. These are called polar nuclei. This binucleated structure gets organised into a central cell.

iv. The 3 nuclei remain at the opposite ends; the 3 celled egg apparatus at micropylar end and the 3 antipodal cells at the chalazal end.

v. The typical female gametophyte is a 7 celled and 8 nucleated structure. 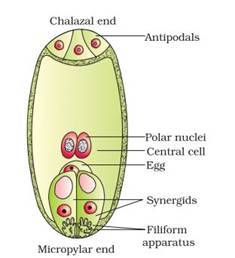 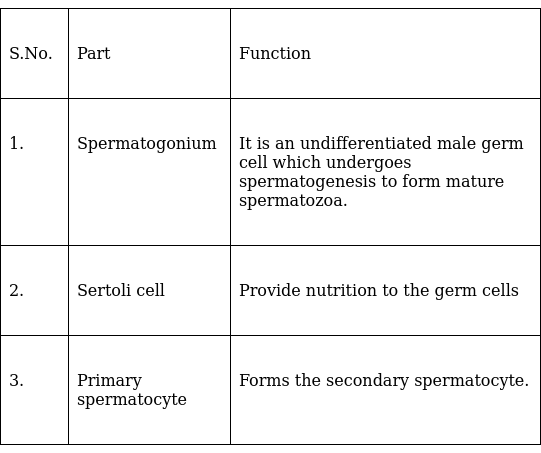 (b) The difference between spermatogenesis and spermiogenesis is as follows: 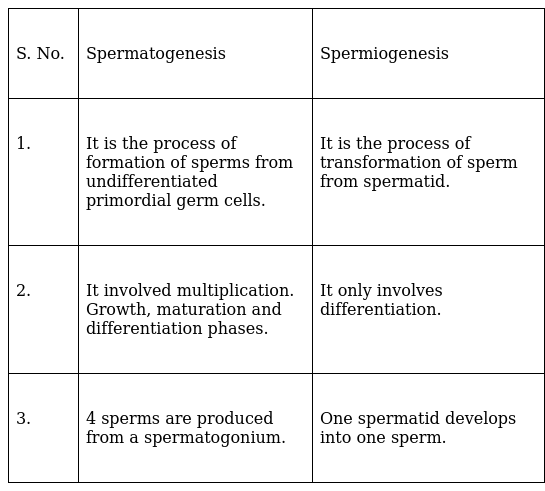