(a) Draw a labell 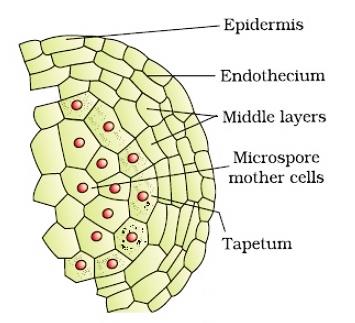 (b) The development of male gametophyte in the microsporangium as follow:

• The each cell of the sporogenous tissue is capable of gives rise to microspore tetrad.

• Each one is potential pollen or microspore mother cell.

• The microsporogenesis is the process of formation of microspores from a pollen mother cell (PMC) through meiosis.

• As microspores are formed, they are arranged in a cluster of four cells that is the microspore Tetrad.

• As the anthers mature and dehydrate after that the microspores dissociate from each other and develop into pollen grains.

• 4-pollen grains represent the male gametophytes and are shed at 2-celled stage. • At the age of puberty, spermatogenesis starts due to the secretion of gonadotropin releasing hormone (GnRH). In testis spermatogonia (the immature male germ cells) produce sperms by the process of spermatogenesis.

• On the inside wall of seminiferous tubules, the spermatogonia present and they are multiply by mitotic division and eachspermatogonium is diploid (2N).

• For the production of 4 equal haploids (N) spermatids, the secondary spermatocytes undergo for the second mitotic division.

• Spermiogenesis is the process by which the spermatids are transformed into spermatozoa (sperms). 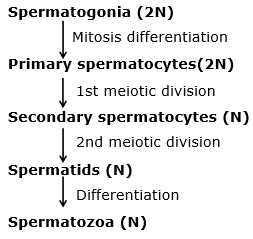 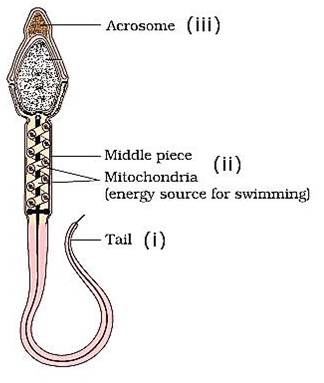 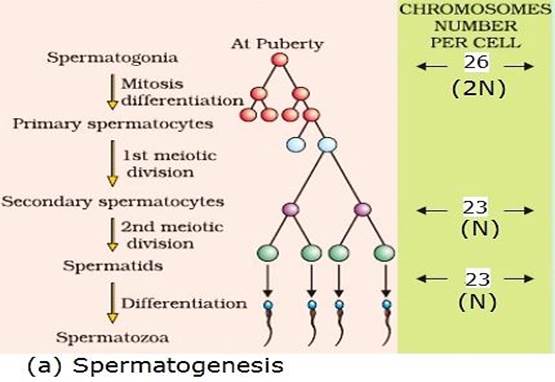 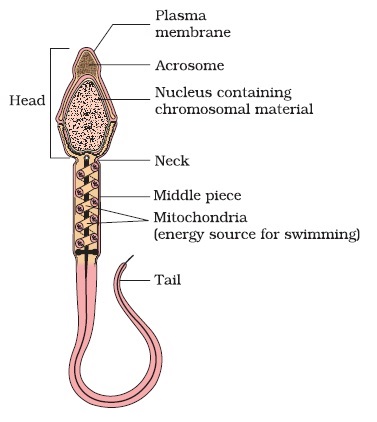