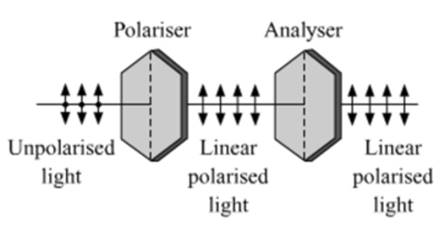 The intensity of the incident light I0


After passing the first polaroid P1 the intensity be I1


We know that I1 reduces to half After passing the third polaroid P2 the intensity be I2 We can write by malus’ law as,

Where, I0 is the intensity of incident light and


So, the intensity of light passed through P2 is,


the intensity of light after passing through P2 is, 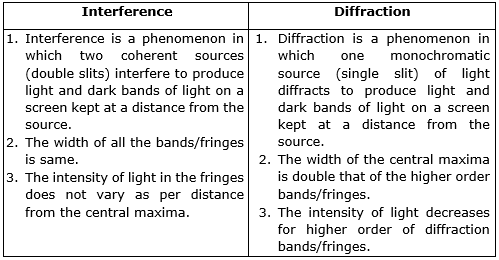 
In a diffraction obtained through single slit,


The angular width of the central maxima (ω) is given as,

And linear width of the central maxima (ω’) is given as,


The fringe width (β) is defined as,

Where λ is the wavelength of the light is used for diffraction/interference, and a is the width of the single slit, d and D is the distance between the slits, and sources and the screen respectively in Young's double-slit experiment,


Substituting the values given in the above formula we get,’


Also, the linear width is

Given that maximum fringes in young double slit expression that fit the same length is n,


Also, width of one fringe is,

So total length is, nβ, which gives,


And the number of fringes obtained in Young's double-slit experiment, accommodated within the region of total angular spread of the central maximum due to single slit is n = 5.