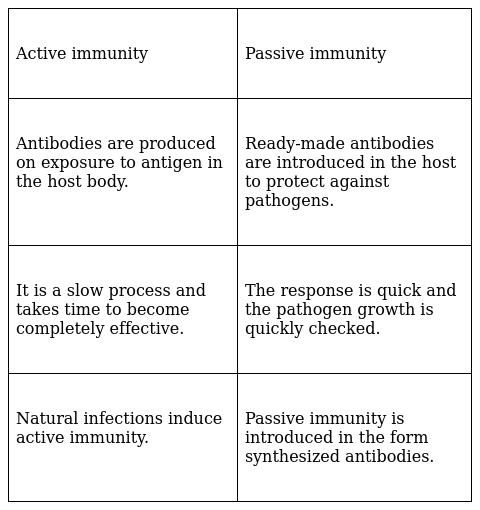 b) Role of Vaccination

• Antibodies produced in body against antigen neutralize the pathogenic agents.

• Vaccines also generate memory cell ( B and T cells) that recognize quickly on subsequent exposure and controls growth of pathogen with massive production of antibodies.

• Preformed antibodies or antitoxin protect our body from deadly microbes like tetanus and against snake venom.

1. Passing of primary effluent into large aeration tank which is constantly agitated mechanically & air is pumped into it that allows vigorous growth of useful aerobic microbes into flocs.

4. Digestion of activated sludge by anaerobic microbes and effluents from secondary treatment can be released into river/ stream.

5. Resulted in production of Bio gas (CH4, H2S and CO2) which can be used as source of energy.

Why is aerobic de

Why are flocs imp