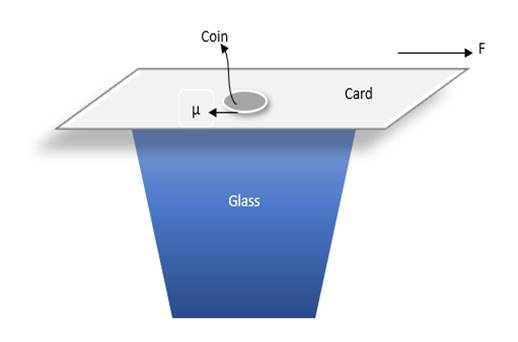 (a) There should be small coefficient of friction between the card and the coin. It will allow the coin to remain at the same place because frictional force on the coin by the card will be less.

(b) It does not matter if the coin is heavy or light.

Then, acceleration of the coin (a) is given as

Acceleration is independent of mass. Hence, mass of the coin does not matter.

(c) If the card is gently pushed the experiment will fail and coin will not fall in the glass. It is because the maximum static friction force will not overcome to oppose the relative motion between coin and the card.