Radius of the plates of capacitor = R

Distance between the capacitor = d<<R

We know that the electric field and potential are related by the equation,

Where q is the charge enclosed within the surface.

Now assuming an imaginary cylinder of radius r with the conducting disk inside it, perpendicular to the axis as shown in the figure, the charge transferred to the disk can be calculated as follows: 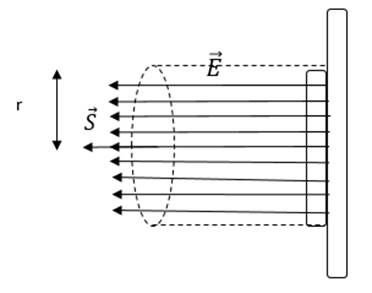 Since the electric field is perpendicular to the disk and parallel to the surface of the cylinder, therefore the angle

between the surface normal and electric field is

, at the ends of the cylinder and

at the curved surface, therefore

Now force on the conducting disk due to the electric field 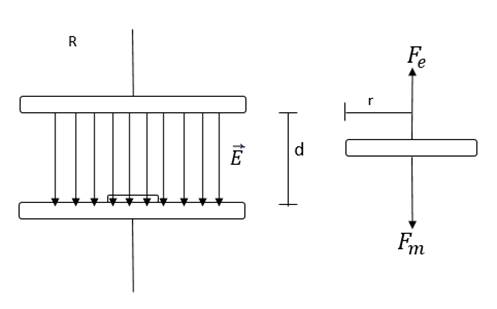 Now for minimum voltage this force should at least be equal to the force due to gravity i.e.

Which is the minimum voltage required to life the disk from the plate.