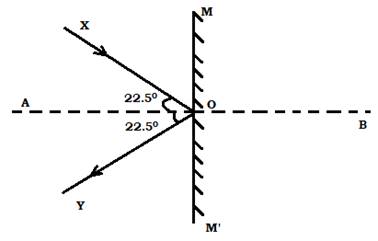 The ball is deflected at an angle 45°. After deflection by the batsman,

The horizontal components of the initial and final velocities are

The vertical components are of the initial and final velocities are

The vertical components do not survive as they are in opposite directions,

The horizontal component of the velocity contributes in the momentum of the system,

The impulse imparted to the ball is 4.16 kg m/s

In the previous p

A girl riding a b

How are the earth