(i) Acidic character increases from HF to HI because the size increases in going from F to I due to which the bond strength between Hydrogen and halogen decreases, thereby, increasing acidity. 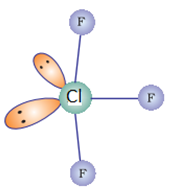 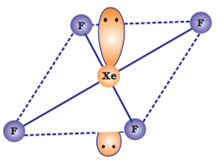 (i) White phosphorus is most reactive form of phosphorus because it exists as discrete tetrahedra with bond angle 60° because of which there is angular strain and hence it is more reactive than other forms of phosphorus.

(ii) The exhaust emitted from supersonic jet aeroplane contains CO2, NO, by-products of petrochemicals, and other particles which reacts with ozone layer and are the reason for depletion of stratospheric ozone layer.

(iii) F2 has lower bond dissociation enthalpy than Cl2 due to smaller size and higher electronegativity of F, repulsion between the F-F electrons occur and both the atoms want to move apart. Hence the bond can be cleaved easily.

(iii) Noble gas used in filling balloons for meteorological observations is Helium (He) because it is non- inflammable and lightweight.