a) A consumer, Mr

A consumer is any individual who tries to maximise their satisfaction within the constraints imposed by the budget. A consumer may have unlimited wants. But all the wants cannot be completely satisfied. The consumer will decide how much quantity that they have to purchase based on the marginal utility derived from the good and the price of the good.

The purchasing behaviour of the consumer is determined by two basic factors. They are:

• The marginal utility of the goods

• Price of the goods 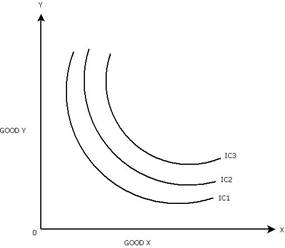 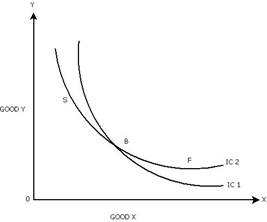 iii At the point of equilibrium, the IC must be convex to the point of origin. This is because of the operation of the diminishing marginal rate of substitution (MRS). MRSxy is the rate at which the consumer is willing to sacrifice one good Y for an extra unit of another good X. As MRS between X and Y diminishes along the IC, it becomes convex i.e. less and less of Y is sacrificed for an additional unit of X. If the IC is concave implying increasing MRS, the consumer would be able to obtain higher amounts of either X or Y. Thus, the consumer will not be in equilibrium. 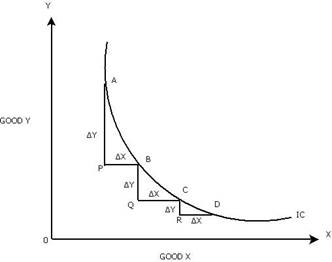 iv The want-satisfying power of a commodity is called utility. It can be cardinal or ordinal. Cardinal utility is the utility that is described cardinally in terms of numbers. The ordinal utility is the ranking of preferences by the consumer according to the satisfaction derived by the consumer. The main measure under ordinal approach is the indifference curves. IC shows the locus of the combination of two goods that gives the same level of satisfaction to the consumer. Since the consumer is able to only rank his satisfaction, this comes under the purview of the ordinal approach. 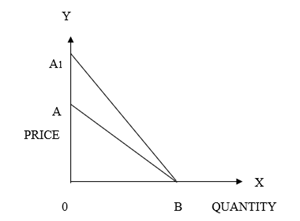